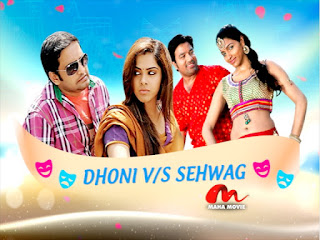 There are two friends, Ramarajan (Shiva) and Rajkiran (Santhanam), who for reasons unknown, prefer to call themselves Dhoni and Sehwag, respectively. They have nothing better to do than hang around together, booze, and tease pretty girls. Dhoni does not believe in the idea of working but is still in search of a government job, knowing very well that he is not likely to get it. Kanaka (Sandhya), a police constable, is the daughter of Dhoni’s maternal uncle, and though their families want them to marry, neither is interested.

Meanwhile, Dhoni, while going for an interview, meets and falls in love with Seetha (Dhansika). He is so impressed by her that when he meets the ugly-looking, buck-toothed local councillor Aishwarya (Devadarshini), who has promised him a job, he hugs her and declares his undying love for her, believing her to be Seetha. Though he apologizes to her, the much older Aishwarya is now very much in love with Dhoni and is determined to marry him. She gives money to Sehwag so that he separates Dhoni and Seetha's love. Sehwag arranges Dhoni's sister's friends to pose as his lover to separate him. Seetha believes this rumor and breaks up with him. Dhoni blames Seetha as the "accused no. 1" who cheated him. He then comes to know that it was Sehwag's plan to separate him, so he breaks his friendship with him.

Aishwarya's fat brothers record Sehwag's speech scolding Aishwarya in an inebriated state. In the early morning, Dhoni attends Kanaka's marriage but is shocked that Sehwag is the marriage groom. Seetha still mistakes Dhoni as a womaniser when she sees the same girl coming out misunderstanding. The girl tells all the truth to Dhoni about the plan which was overheard by Seetha. Aishwarya tries to kidnap Seetha but instead gets kidnapped by Beerpal (Srinivasan) who mistakes her to be Seetha in order to take revenge on her for rejecting his love. After the marriage, Dhoni scolds Seetha alone himself for loving him then Seetha arrives at that place and again misunderstands him, she urges him to commit suicide. Meanwhile, Varadharajan (Ilavarasu) is searching for Dhoni, who disappeared from home. Seetha is feeling guilty for his disappearance and also thinks that he might have committed suicide. Dhoni arrives at their home, saying he disappeared from home to conduct the marriage of Aishwarya and Beerpal. The film ends with Dhoni and Sehwag uniting with their lovers happily. 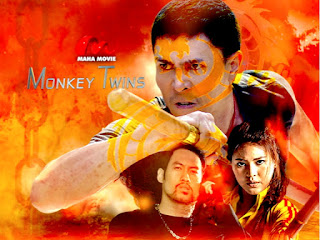